That video is the 2nd opening from Gunslinger Girl Il Teatrino where Triela is more shine than the first season
psttt I don’t care about what people say the first season is more better,I love both first and second season of this anime 😀 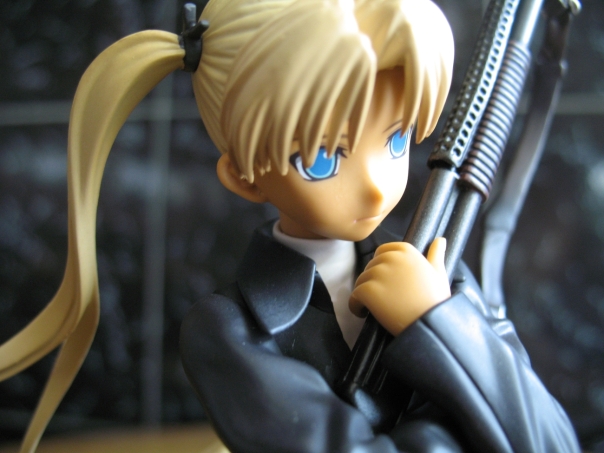 because Trilea prototype already made appearance in 2009.

Triela is one of many cyborgs girl at Social Welfare Agency, a government-funded organisation which is supposed to provide advanced medical care to those in need. This, however, is a cover for a far different agenda: the patients, adolescent girls who have survived traumatic events, are brainwashed into forgetting their past, turned into cyborgs, trained in the use of weapons and used as assassins to battle enemies of the State.

many other cyborg have respect for Triela because she more older and mature and Triela is well-know for her power and skill and also have a high pride. 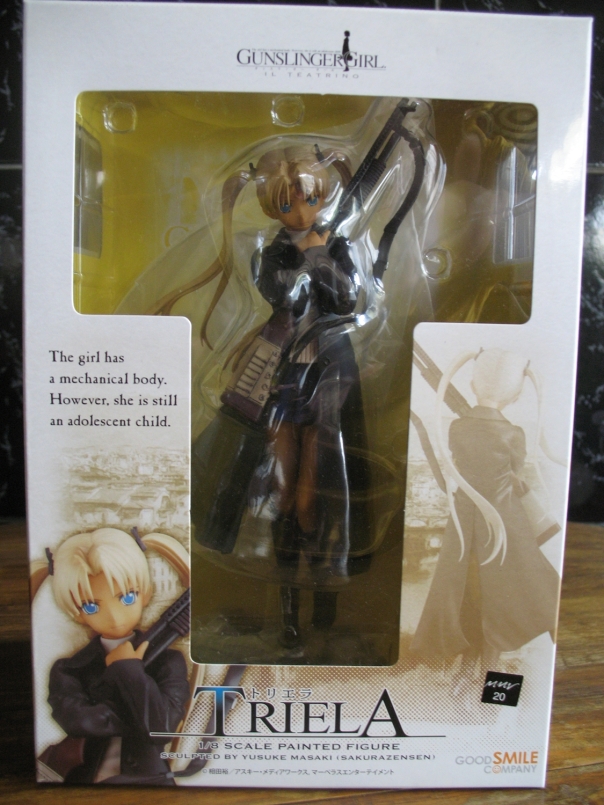 the design of the box is full of white color and in the front you can see the writing Gunslinger Il teatrino because This Triela Figure base on second season of Gunslinger anime.Overall the design is look so simple and yet so beautiful. 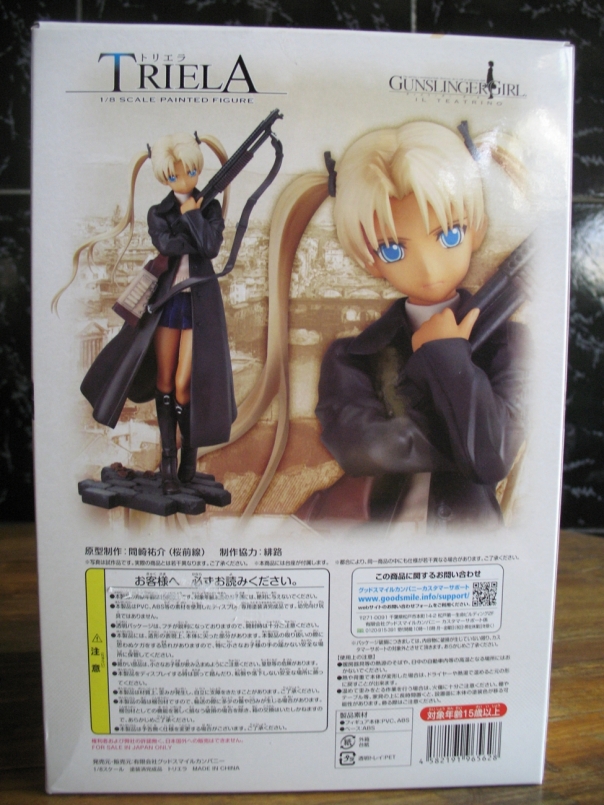 Now we will see this figure from the front ~ 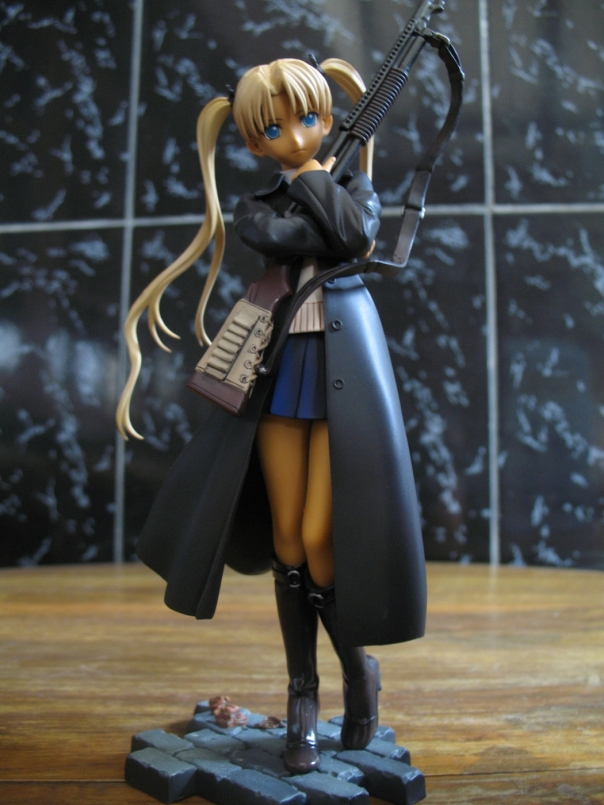 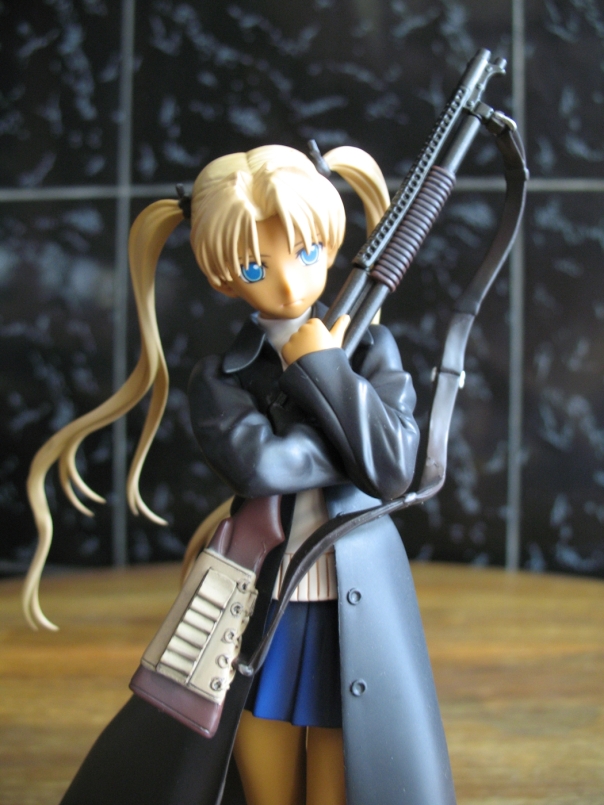 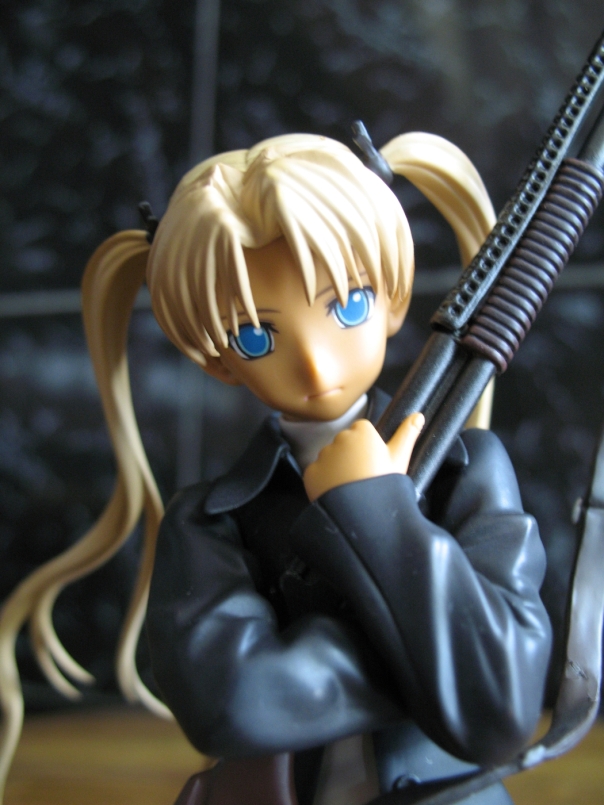 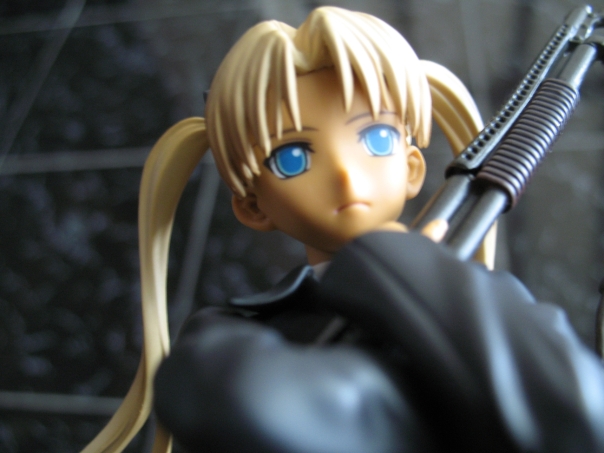 now let’s see this figure from both left and right ~ 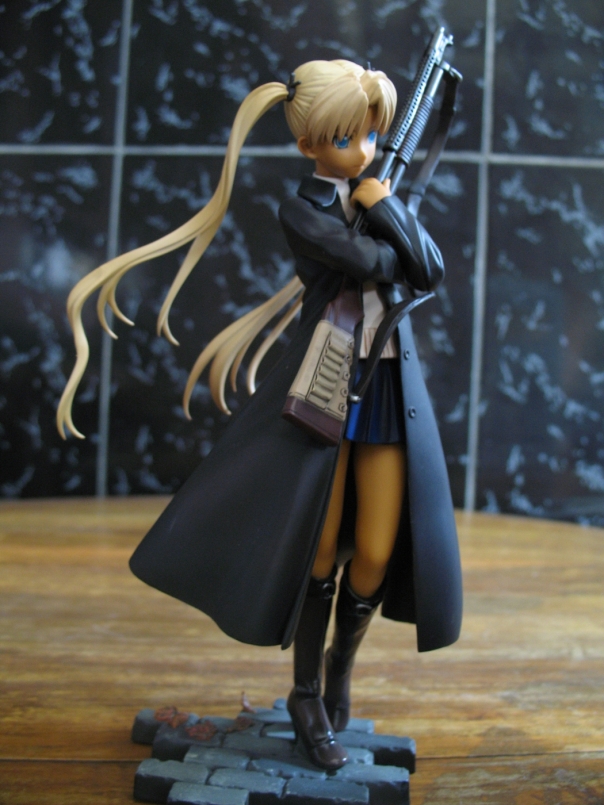 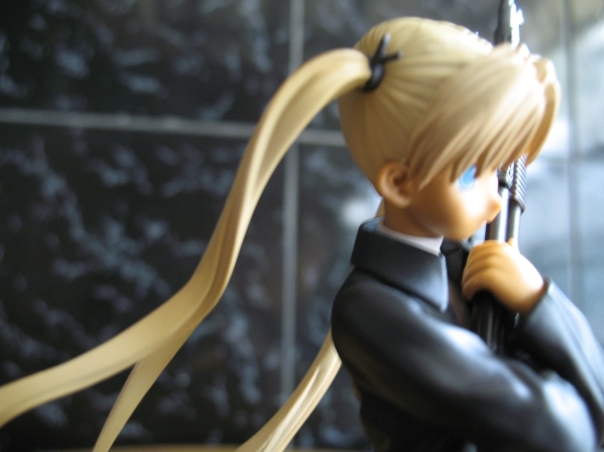 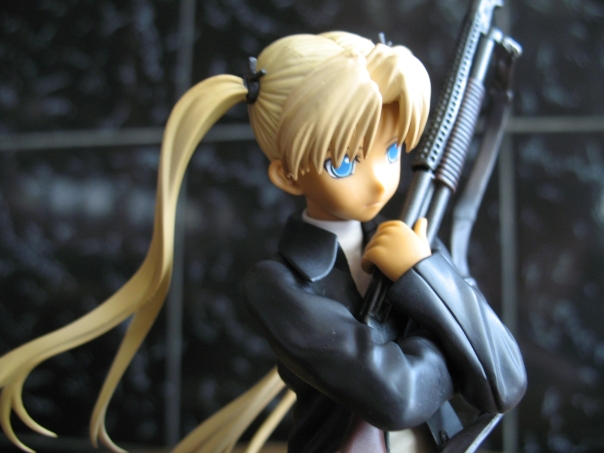 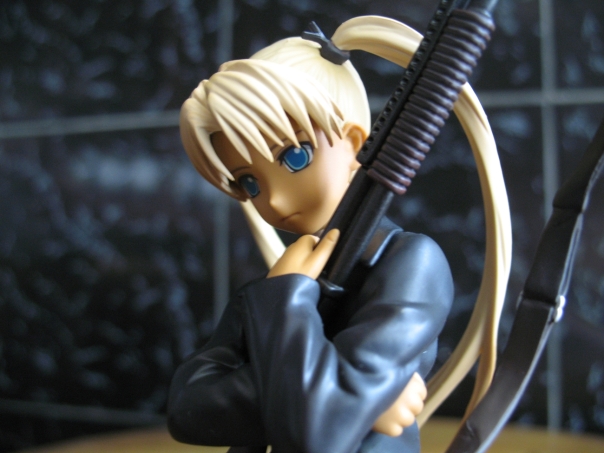 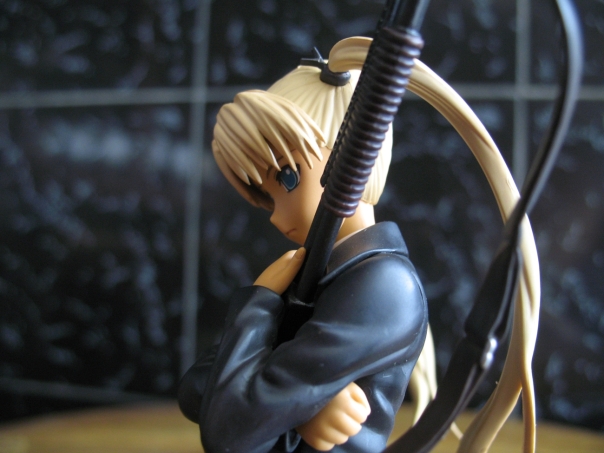 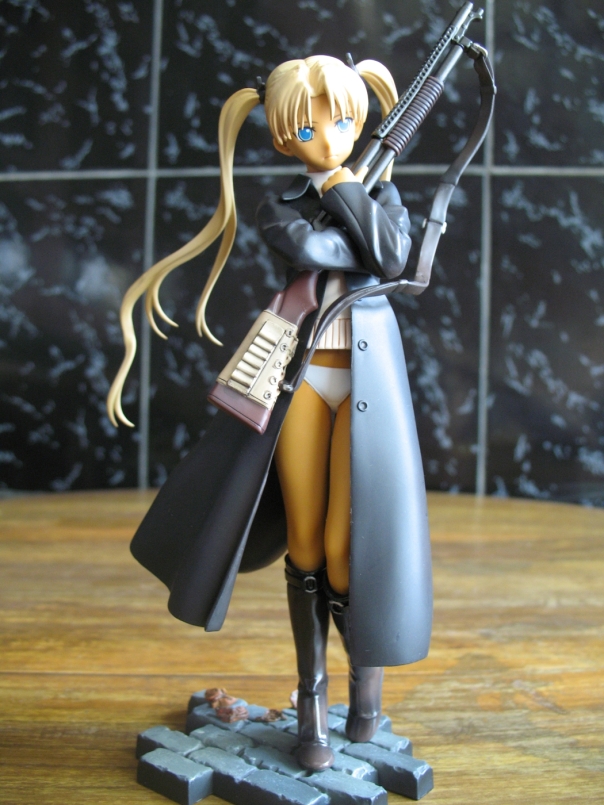 remove her skirt and you can see triela white pantsu ~ 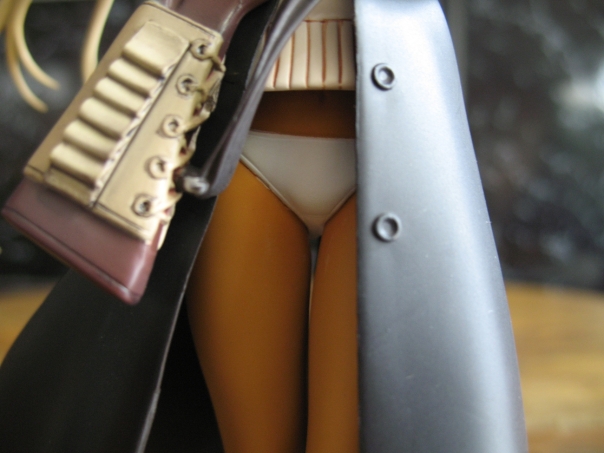 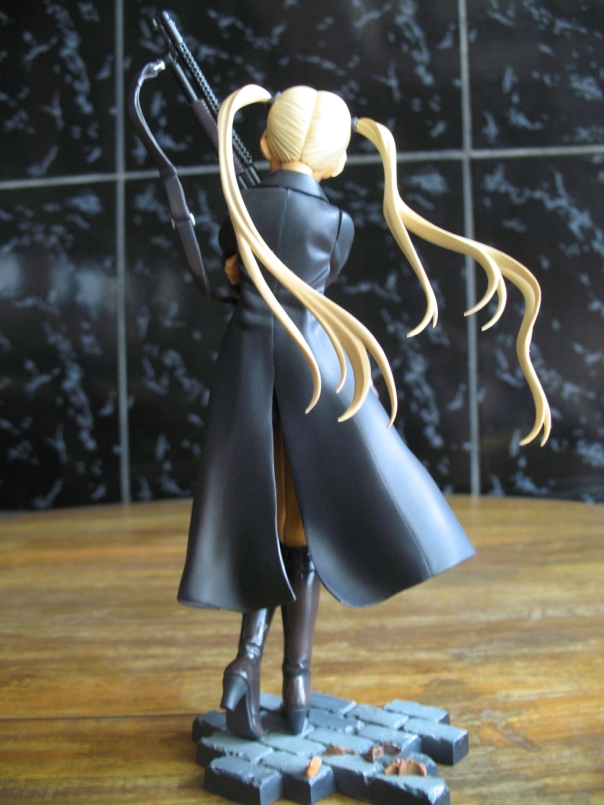 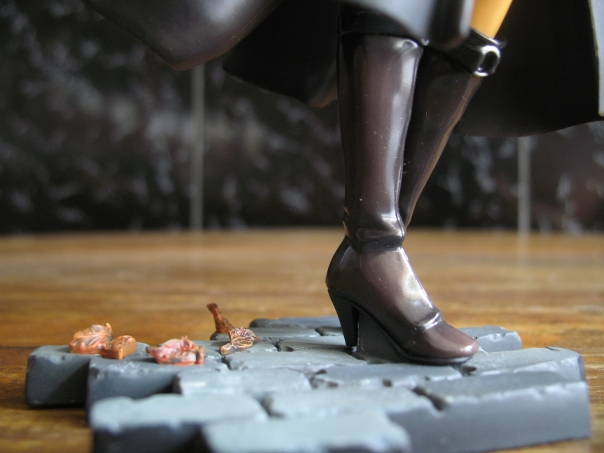 I hope you all enjoy my review,as for me I really love this triela figure,it’s alwasy feel so great when the character you love transfrom to a figure and you can buy it ^^
for Gunslinger girl  fans I recommend you to buy this figure and let’s hope someday they will make another girl like Rico or angie 😀
see you again ~ 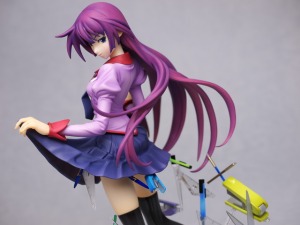